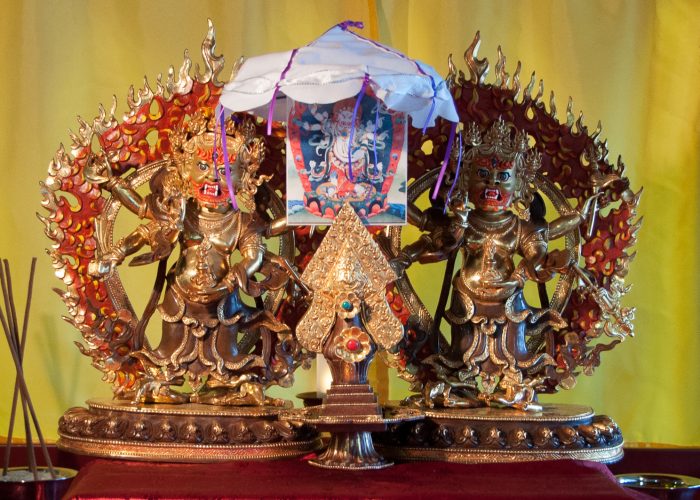 A New Year, A New Dawn: Clearing the Clouds of Confusion

On Saturday 21 January, Lama Jampa gave the first major Buddhist teachings of 2023 at the Future Inn in Bristol. In an eerily misty and softly lit cityscape, over 130 people gathered from the UK and beyond to reconnect with the dharma – and dharma friends – and to breathe new life into their study and practice.

In the morning, Lama Jampa continued with part two in his series of teachings on ‘Discriminating the Three Vows’. This text is by the great 13th century master, Sakya Pandita, renowned for his ability to clear away the confusion and misunderstandings that had arisen following the establishment of dharma in Tibet. In this text, he addresses mistaken ideas around the three vows that underpin the Buddhist path: the pratimoksha, Bodhisattva and vajrayana vows. Correctly kept, these vows are the fuel for progress along the path.

The focus of this session remained on the pratimoksha vow, the essence of which is to not harm others or oneself. The articulation of this commitment is in the various precepts taken by both monastic and lay or householder Buddhists. These help create the space in our behaviour and attitudes for compassion to arise.

In this part of the text, Sakya Pandita also describes how the good results that are created through virtuous actions should not be confused with the true nature of mind, the buddha nature. Why is this? As Sakya Pandita mentions,

“The nature of mind… is luminosity, immutable like space.”

Virtuous actions do create temporary happiness and transform how we act in the world, but they cannot create the buddha nature. That is the true nature of reality, not created by any action or through causes and conditions, but revealed when the darkness of ignorance is cleared away. Without this understanding, we reduce enlightenment from something that is beyond words and concepts, to something that is produced and thus impermanent.

In the afternoon, for students who have made a formal commitment to the Buddhist path through taking Refuge, Lama Jampa gave the initiation of Gonkar (White Protector), along with the reading transmission for the practice. At the start of the initiation, Lama Jampa described the origin and history of the practice to inspire confidence in the effectiveness of the practice. Meditation on Gonkar creates auspicious circumstances for practice, including the attainment of prosperity and freedom from fear of the bardo. Originally transmitted within the Shangpa Kagyu, the practice is also found in the Sakya and Geluk traditions of Tibetan Buddhism.

Lama Jampa continues with part three of ‘Discriminating the Three Vows’ in London on 25 February. and we welcome Lama Jampa back to Bristol for part four on 3 June. 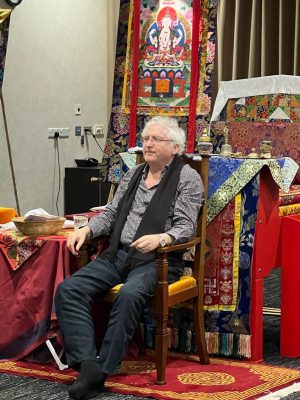 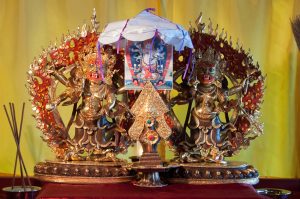 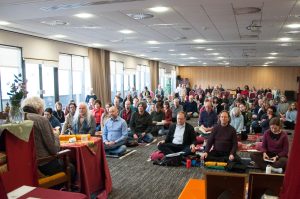 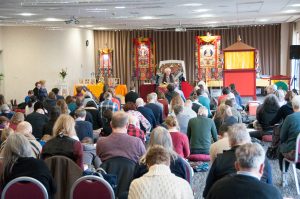 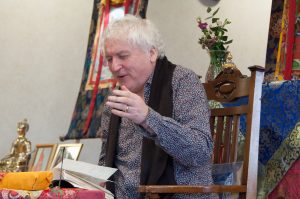