In the presence of the buddhas: a joyous day of teachings in Bristol with Lama Jampa Thaye

Saturday 3 July was a day of firsts – this was Lama Jampa’s first teaching of 2021 in Bristol, and the first time we’ve been hosted by the spacious venue and welcoming team at Ashton Gate stadium. Around 100 people came together from all corners of the UK; old friends reconnected with each other and new friends were made, and we met some of our newest arrivals to the sangha for the first time too. 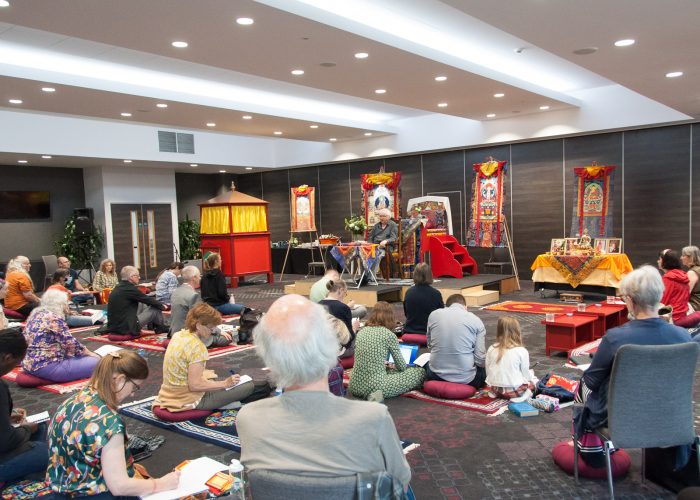 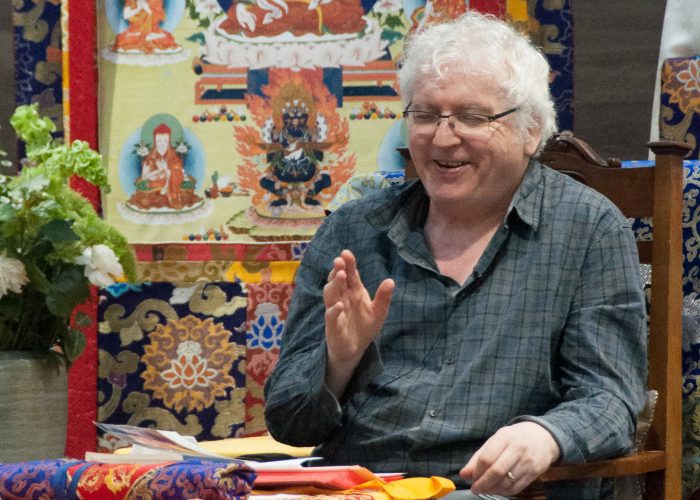 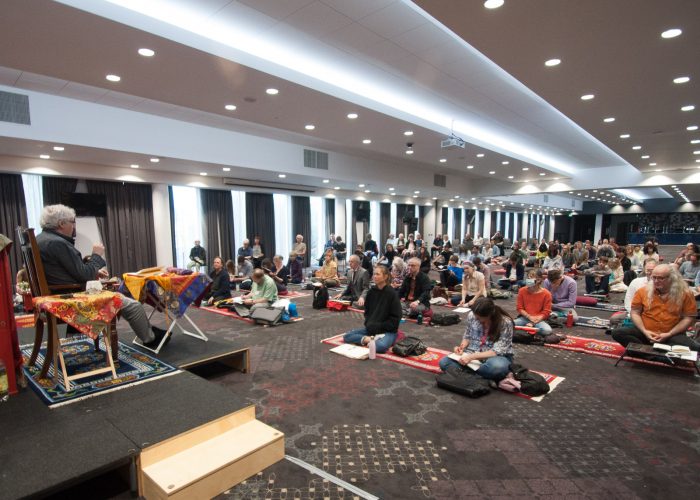 During the day, Lama Jampa completed the teaching entitled ‘A Garland of Jewels’ by the Sakya master, Chogyal Phakpa. This text was composed for the 13th century Mongol Prince Gibek Timur, and, in 204 verses, it covers the entire Buddhist path, from the level of a beginner to that of full enlightenment. Lama Jampa reminded us of the three paths described in the text – the worldly path of happiness in this and future lives, the path to individual freedom from suffering, and finally journey to the complete enlightenment of a buddha. Chogyal Phakpa also points out that these three paths are actually one, as the first two provide the appropriate basis in ethical behaviour that then enables us to travel further.

The text goes on to describe just what a buddha is: ie how they appear, how they are experienced by others, along with how they understand the world. Through hearing about the myriad qualities of the buddhas, we can be inspired to achieve the same state, and realise just how astonishingly transformative enlightenment is. 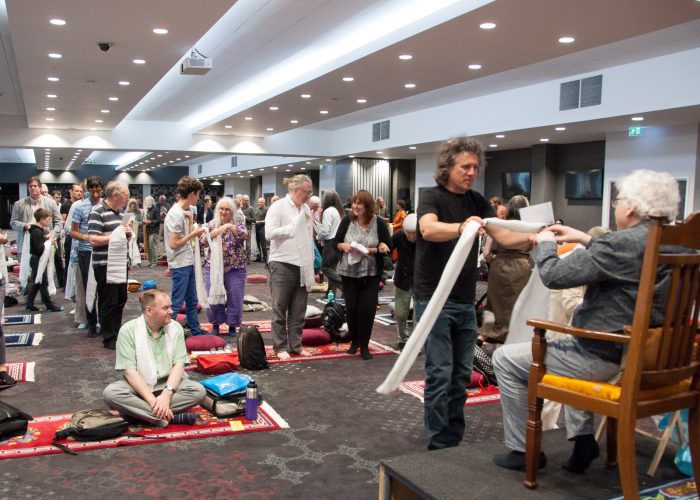 In the afternoon, Lama Jampa gave the initiation of Green Tara,’Liberating from All Fears’ from the lineage of the 11th century Indian master, Atisha. Tara is the embodiment of the liberating activity of all the buddhas and is one of the most widely practised meditations in Tibetan Buddhism.

When Tara was a princess prior to her enlightenment, she made the commitment to appear in female form both on the path and as a buddha. This was to demonstrate the possibility of achieving enlightenment in such a form, countering the mistaken ideas that existed around the ability of women to achieve enlightenment.

Continuing this theme, Lama Jampa also outlined the importance of female masters in the Sakya tradition of Tibetan Buddhism and encouraged everyone to read about them in Elisabeth A Benard’s book, ‘The Sakya Jetsunmas: the Hidden World of Tibetan Female Lamas’. We have copies of this should you wish to purchase one (price £5) – contact bristol@dechen.org for more info.

We’ll be welcoming Lama Jampa back to Bristol in the autumn.