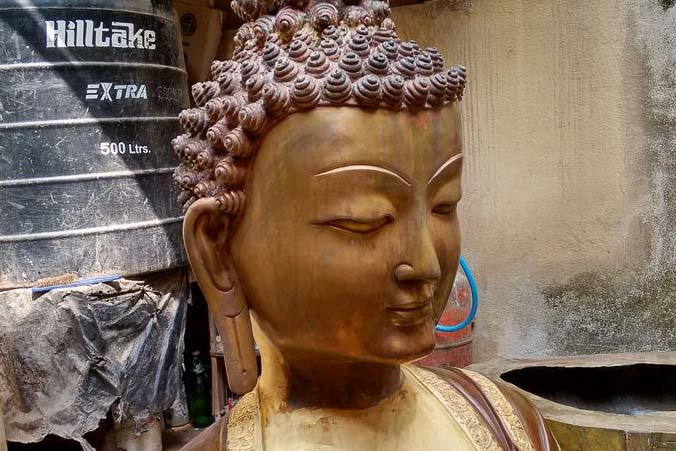 We have commissioned a large 52” high Buddha statue for the Centre in Bristol. Here are the latest photos of the statue, which is being made in Nepal.

Mick Lund has just arrived back in Nepal and was pleased to report that the statue maker and his family are all well after the recent devastating earthquakes. Mick took with him the gold, which was purchased in the UK and which will be used for the gilding – the final stage! Here are some photos that he took of the gilding work being done by the craftsman Gyan Bahadur and his wife, in their open-air workshop in Patan. The fumes are dangerous, so working outside is essential. 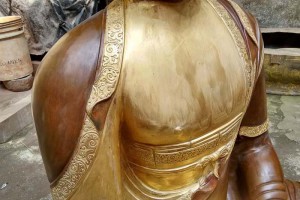 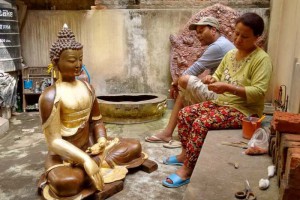 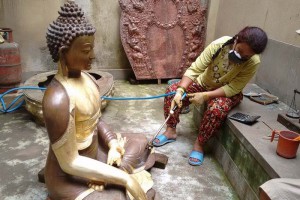 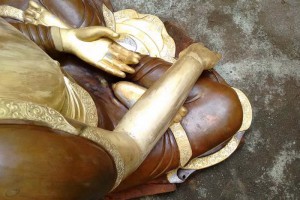 The pure gold is firstly beaten very thin, cut into small pieces, and then ground on a pestle to a very fine powder. Ground glass is used to help the process. After many hours of grinding, the glass is washed out, and the powdered gold mixed to a paste with mercury. The statue is cleaned with sulphuric acid, which also makes the surface of the copper receptive to the gold/mercury mixture. Heat is then applied with a blow-torch, and the mercury evaporates to leave a thin layer of gold on the copper.