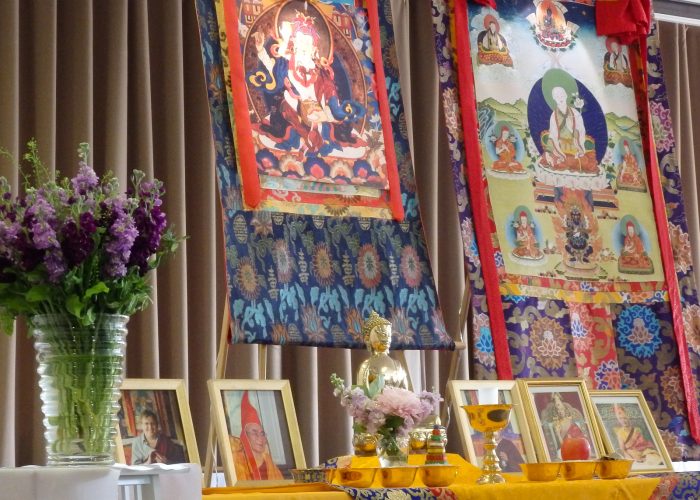 On Saturday 4 June, Sakya Buddhist Centre Bristol welcomed the Buddhist meditation master and scholar Lama Jampa Thaye to give a day of teachings on the 8th century Buddhist master, Padmasambhava or Guru Rinpoche. Over 100 people gathered for the event, not only from across the UK but also from Ireland, Bulgaria, Sweden and Australia. 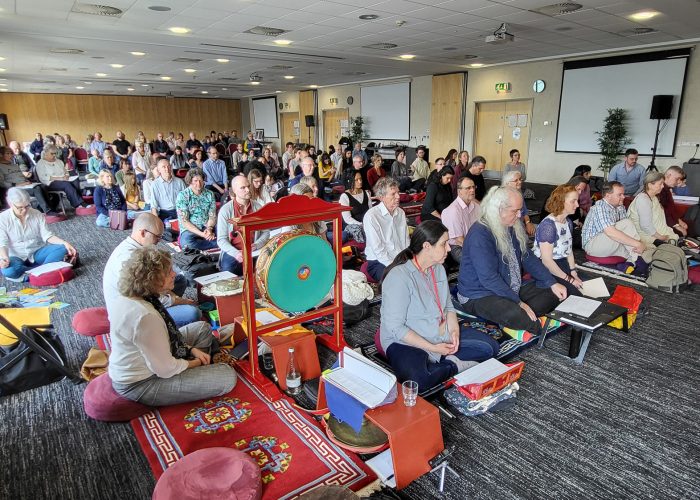 During the morning, Lama Jampa outlined the life story of Guru Rinpoche, the extraordinary vajrayana master from Oddiyana (thought to be located on the Pakistan/Afghanistan borders), who was so vital to the establishment of Buddhism in Tibet. To begin the teaching, Lama Jampa explained why it’s beneficial to hear about such life stories, describing how they offer a living example of the Buddha’s teachings so we can be confident in both where they originate from and their effectiveness in bringing about the fulfilment of our own Buddha nature. He also described how they point to the need for a fully qualified teacher who forms a bridge between us and the teachings so we receive those that are most appropriate for us. 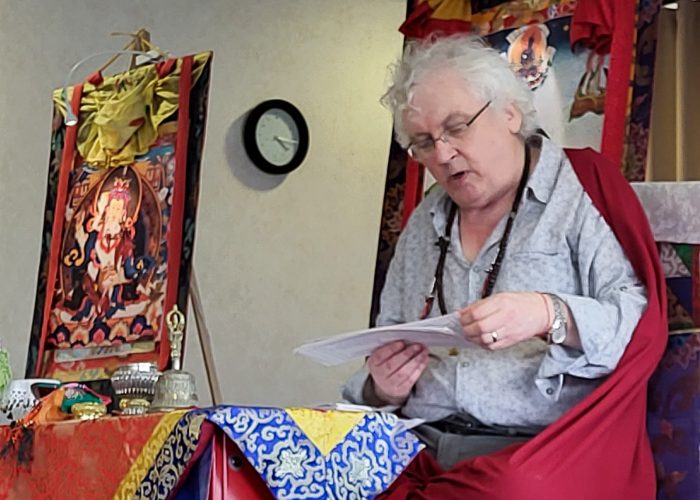 The rest of the morning focused on the major events in Guru Rinpoche’s life, from his manifestation as an 8 year old boy in a lotus flower and his adoption by King Indrabhuti, to his coming to Tibet and the founding of the very first Tibetan Buddhist monastery, Samye. During his time in Tibet, Guru Rinpoche spread and concealed many teachings as treasures, hidden in caves and other places, ensuring that they would be revealed  when the time was appropriate for the benefit of future practitioners. Among his Tibetan disciples was Khön Nagarakshita, a member of the great Khön family that went on to found the Sakya tradition in the 11th century. 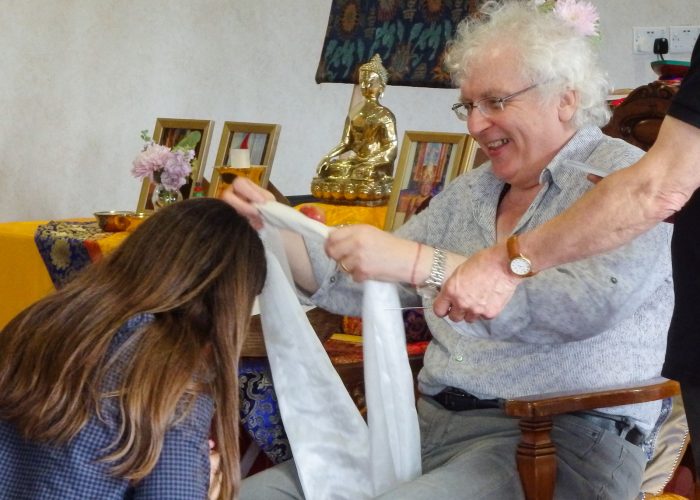 In the afternoon, Lama Jampa bestowed the initiation of Guru Rinpoche, from the lineage of Apham Terton, the great Nyingma teacher and treasure revealer who discovered a number of teachings hidden by Guru Rinpoche. This initiation also has a connection with the Sakya tradition, as Apham Terton is thought to be the previous incarnation of the 41st head of the Sakya tradition, one of Lama Jampa’s principal teachers. 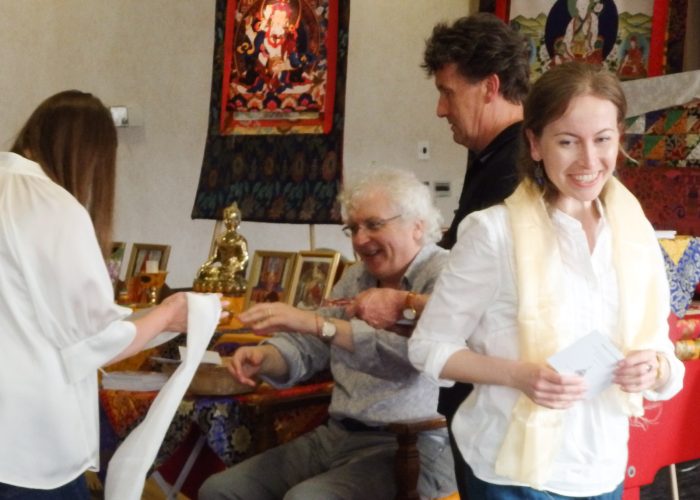 Then, after making the traditional offerings for the teachings, there was just time for everyone to disperse and travel homewards, remembering the following promise given by Guru Rinpoche:

“If people have faith in me, I’ll be waiting on your doorstep when you get home.”

Lama Jampa will give the next teaching in Bristol on 1 October. For further details, click here. 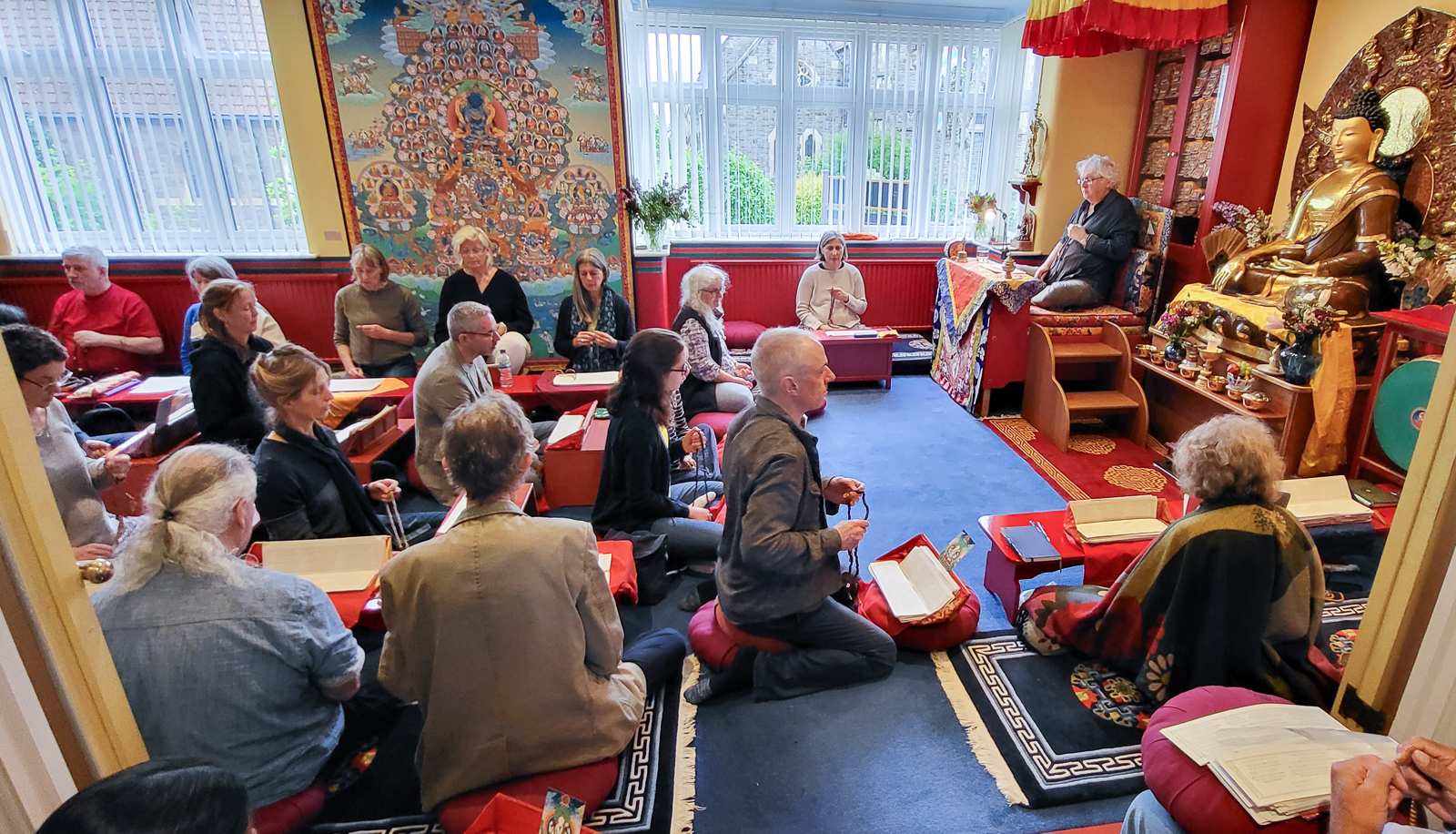