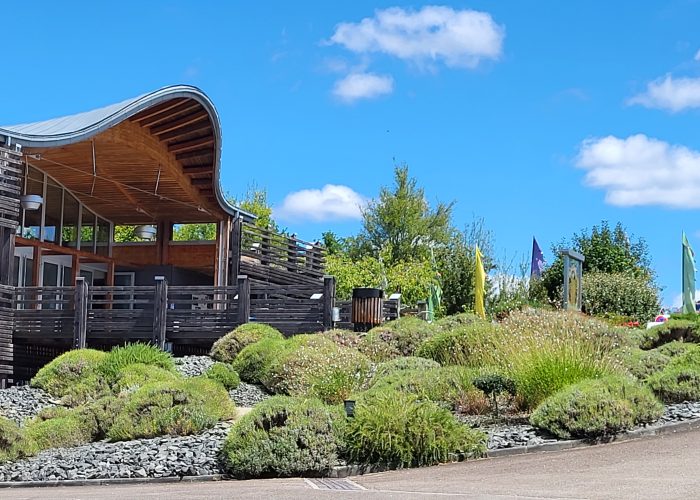 Wisdom and Compassion dawning in the Diamond Sky: a weekend of teachings at Dhagpo Kagyu Ling

Over the weekend of 30-31 July, Lama Jampa Thaye gave an inspiring teaching on the Vajrayana at Dhagpo Kagyu Ling in the Dordogne, France, in order to clarify what the tantras actually are, where they came from, for whom they were composed and how to practice them.

The source material for the teaching was from the new Chapter 5, ‘The Crystal Key’ of Lama Jampa’s updated version of his book ‘Diamond Sky’, which is due to be published by Rabsel in the autumn. With Audrey Serrières’ amazingly accurate and animated translation, Lama Jampa systematically presented the Vajrayana path of Tibetan Buddhism, showing the audience how they need to understand its place in the Buddhist teachings. 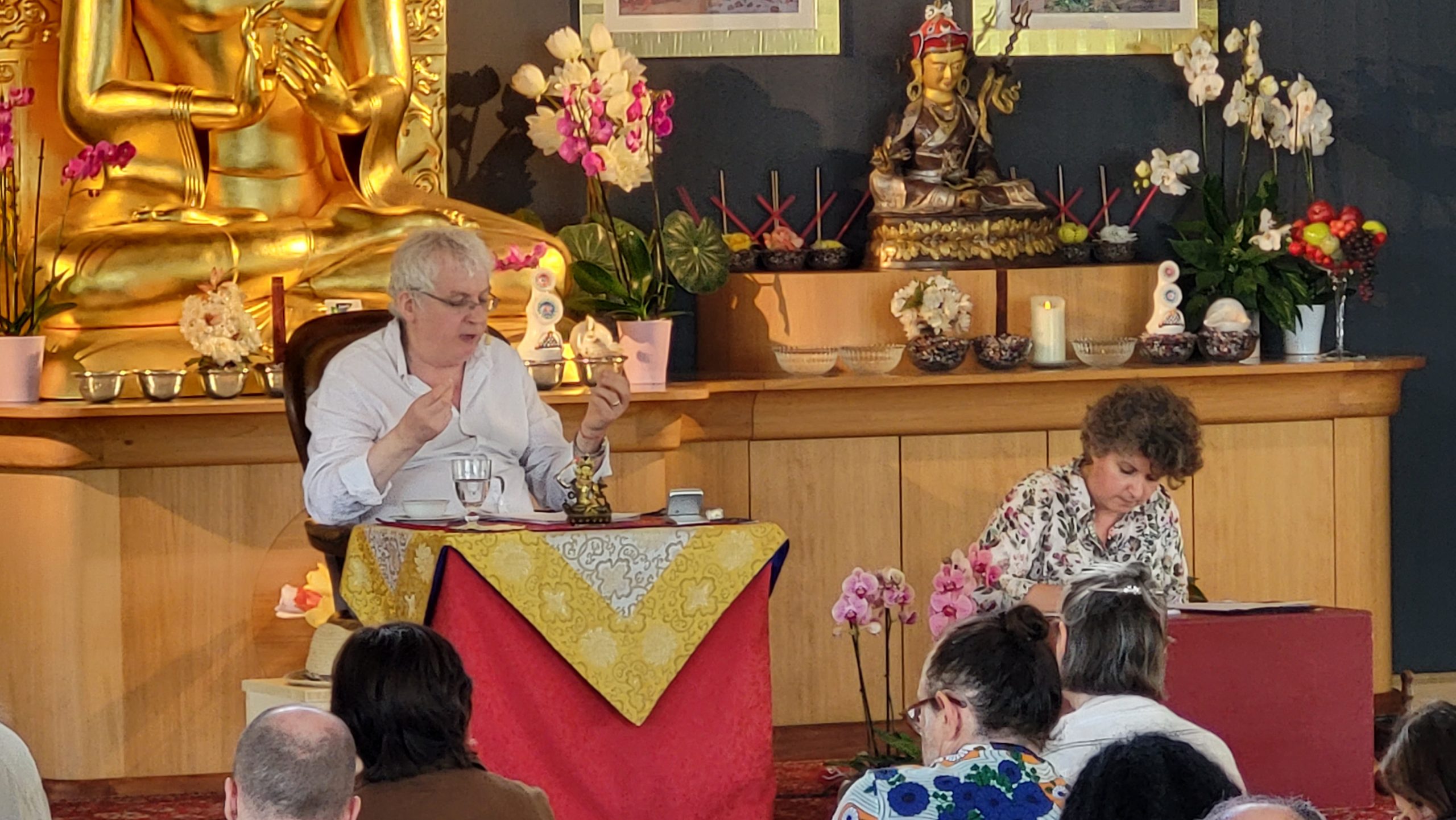 The teachings were punctuated by the antics of two tabby kittens, who delighted in playfully involving themselves with the event, even being bold enough to engage with both the translator and to attempt to climb on Lama Jampa’s table! This gave Lama Jampa the opportunity to explain that it’s thought that animals who reside next to temples may have previously been monks or nuns who have broken their vows, but yet retain a strong attraction to a temple or monastic environment. These particular kittens had been abandoned in Dhagpo Kagyu Ling’s car park and were seeking a new home – we hope that one is forthcoming soon and know they will be well looked after in the meantime.

To open the introduction to the Vajrayana, Lama Jampa firstly clarified the difference between the two types of dharma practitioners – the one who wishes for liberation and freedom from their own suffering, and the one whose motivation is wider, to include benefitting all beings. The aim of the latter is to emulate the Buddha – to attain wisdom, compassion and power for the benefit of all beings. The Vajrayana is the swift path of the Mahayana, or Great Vehicle, by which one can attain enlightenment in one single lifetime, in the intermediate state, or, in 7 or 16 lifetimes, rather than the 3 incalculable aeons needed for the common Mahayana. The Vajrayana offers a particularly powerful and direct route to Buddhahood as it takes the result as the method – through it one accesses one’s own innate, immaculate Buddha Nature.The gateway to the Vajrayana is via an initiation with a qualified lama, ahead of engaging in practising meditation on the deity of the initiation and cultivating the associated qualities.

Lama Jampa then explained the source of the Vajrayana, namely the tantras, and how they are grouped into four sets, according to the ‘New Tantras’ (Tib. Sarma) of the Sakya, Kagyu and Gelug traditions, which were brought to Tibet in around 11th and 12th centuries. He then qualified the meaning of each one: Kriya – activity, Charya – conduct, Yoga meaning meditation and Anuttara which is supreme yoga tantra. He quoted Lopon Sonam Tsemo who said: The four sets of tantras are for 4 different levels of practitioners. Lama Jampa then gave an overview of the characteristics of each set, some of the main deities practised and the results of such practice, from helpful accomplishments on the path such as long life, to the achievement of full enlightenment itself. The purpose of such an explanation was to ensure that people don’t misunderstand the reality of the tantras, and to avoid any confusion.

Lama Jampa explained the different types of initiations, such as Jenang, which mean a ‘Permission’ initiation, where the disciple receives blessings for their body, speech and mind so they can cultivate these three aspects of that particular deity. Here a connection is established in the initiation but there is no formal entry into a mandala. By contrast the higher type of empowerment, called a Wang (Tib) or Abisheka (Skt) are given where the disciple is led into a mandala. He talked about the various vows and pledges which one must keep to safeguard what is received in the initiation, and then went on to discuss vajrayana meditation itself. Although not much detail about that can be revealed outside the context of initiation, as it is secret, in general one practises the three samadhis of mantra, mudra and samadhi, and through these one transforms one’s impure vision of body, speech and mind into the pure vision of how things really are.

And to finish he quoted the Tripitaka Mala: ‘Equipped with these provisions one will swiftly travel the 13 levels until one attains the level of Vajradhara’ ie. Buddhahood itself. Here the ocean of birth and death and unawareness of mind have disappeared, as well as their cause – ignorance of mind. And one will shine forth as the kayas – the manifestation of emptiness and compassion.